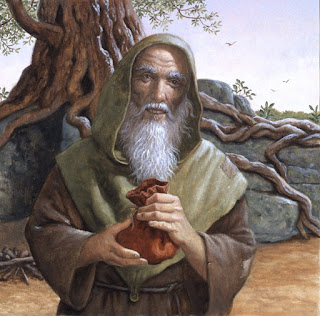 How can you solve all the problems in your life? Simple answer to it is that if you act wisely, then all problems in your life shall be solved & no problem shall affect you. To act wisely, the prime thing is that, while taking any decision your mind should be peaceful. In all such troubled situations, your mind should be controlled, unwavering and undisturbed. Only such a mind can take correct decisions. Now how can you be such peaceful in mind or how can you control your mind?

Simple way of keeping your mind in control & be peaceful is described in the below verse of Bhagwat Gita. As per that if a person keeps faith in God & does practice of meditation regularly, then his mind is not disturbed in normal circumstances. Such a person always acts wisely in life. Meditation is a powerful means of directing the mind towards God.

"Sri Krishna said to Arjuna: When one’s Intelligence, Mind, Faith and refuge are all fixed in the God, then one becomes fully cleansed of misgivings through complete knowledge and thus proceeds straight on the path of liberation." Such a person is really called a wise man.

In our life, if we daily think of God & do little prayer to Him with true love and devotion, then all our problems will become lighter and eventually will disappear. Just like the ice which, with the addition of the heat will turn into water, and that will eventually evaporate as steam and disappear.

Now here below is a Beautiful Story in which a Wise Man solved the tedious problem of the villagers:

"In ancient times, there was a rich man who owned 19 horses. One day he died. In his last will and testament he had written that upon his death, half of the horses he owned should go to his only son; one fourth should go to the village temple and one fifth should go to the faithful servant.
The villagers were puzzled, how to divide the horses as per his will. How can they give half of the 19 horses to the son? You cannot cut up a horse. Villagers were puzzled over this dilemma for more than two weeks and then they decided to send for a wise man who was living in a neighboring village.

The wise man came to the village riding on his horse and asked the villagers if he can be of any help to them. The villagers told him about the rich man's last will and testament which stated that half of the (19) horses must be given to his only son, one fourth must go to the temple and one fifth to the faithful servant.

The wise man said he will solve their problem without any delay. He had the 19 horses placed in a row standing next to one another. Then he added his own horse as the 20th horse. Now he went about giving half of the 20 horses – that is ten horses to the son. One fourth of 20 - that is 5 horses were given to the village temple. One fifth of twenty - that is 4 horses were given to the faithful servant. Ten plus five plus four made 19 horses. The remaining 20th horse was his own which he promptly mounted, spoke a few inspiring words, and rode back home.

The villagers were simply awestruck, full of disbelief and filled with admiration. And the parting words of the wise man were inscribed in their hearts and minds which they greatly cherished and passed on to their succeeding generations till today.

The wise man said: In our daily lives, in our daily affairs, simply remember God’s name, do little prayer to Him and then go about facing the day’s happenings & all of the problems in your life shall be solved."
Posted by Sancho at 5:52 PM