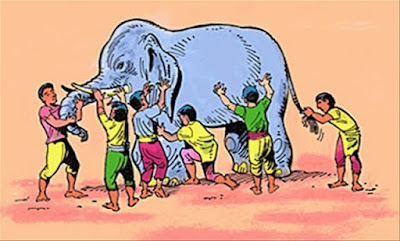 Do you know how God's Face look like?? May be no one can answer this question properly, as no one has come face to face with God anytime & we all have seen His pictures, idols etc. only in which God's face looks like, whatever, the painter or craftsman imagined it while making that picture or idol. There are others who believe in unmaniifest aspect of God i.e. they believe in faceless, nirakar aspect of God. So we have different perceptions of God as per our thinking & faith.

In general God is the faith of human beings that a Supernatural Power exists in this universe which has created us & all other universal forms. He is having supernatural powers, who is omniscient (knows everything), who is omnipresent (who is present everywhere), omnipotent (who is having all the powers & is all powerful), who is imperishable & indestructible. Faith of humans in such a big & great entity having all the powers is known as God.

When God is someone Superhuman, having Infinite size, knowledge & powers, then it is very difficult for a human being with limited knowledge & power to fully understand & describe the God. In this respect there is an analogy as to how differently we each understand or experience the God. There is this story about four blind men and the elephant:

Each in his blindness is describing the same thing: an elephant. Yet each describes the same thing in a radically different way. We all are like those blind men only in our knowledge of God who describe the God as per our own understanding. Now say a fifth man (who could see) comes to the scene and he were to describe the elephant as an elephant, then he would tell clearly about the elephant as it is. Same is the case that only a true master who has seen God actually can tell how God looks like. Let's seek such a True master, Great soul or Guru who shall tell us about the true nature of God & shall lead us to Him.


"Sri Krishna said: O Arjuna, God is the source of light in all luminous objects. He is beyond the darkness of matter and is un-manifested. He is knowledge, He is the object of knowledge,and He is the goal of knowledge. He is situated in everyone’s heart."

Jai Sri Krishna
Posted by Sancho at 3:54 PM No comments: 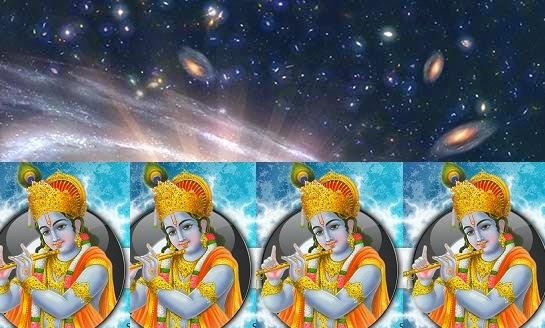 All Celestial Bodies dwell in Brahmn,

All Celestial Bodies come from Brahmn,

All Celestial Bodies goes back in Brahmn,

All Celestial Bodies breathe in Brahmn,

Let's worship that Brahmn, the God.

"Lord Krishna" Himself declares in Bhagwat-Gita that:

"Sri Krishna said to Arjuna: Of the Adityas I am Vishnu, of Lights I am the Radiant Sun, of the Maruts I am Marici, and among the stars I am the moon."

So let's see one God in all Celestial Bodies. He himself is there as Splendor or Brilliance or Radiance of Sun, Moon & Fire. Not onlt that, as per Lord Krishna, all these opulent, beautiful and glorious creations just spring from but a spark of His splendor. So it is to be seen that God is present in all creation as His spark of brilliance is present in all the creation. 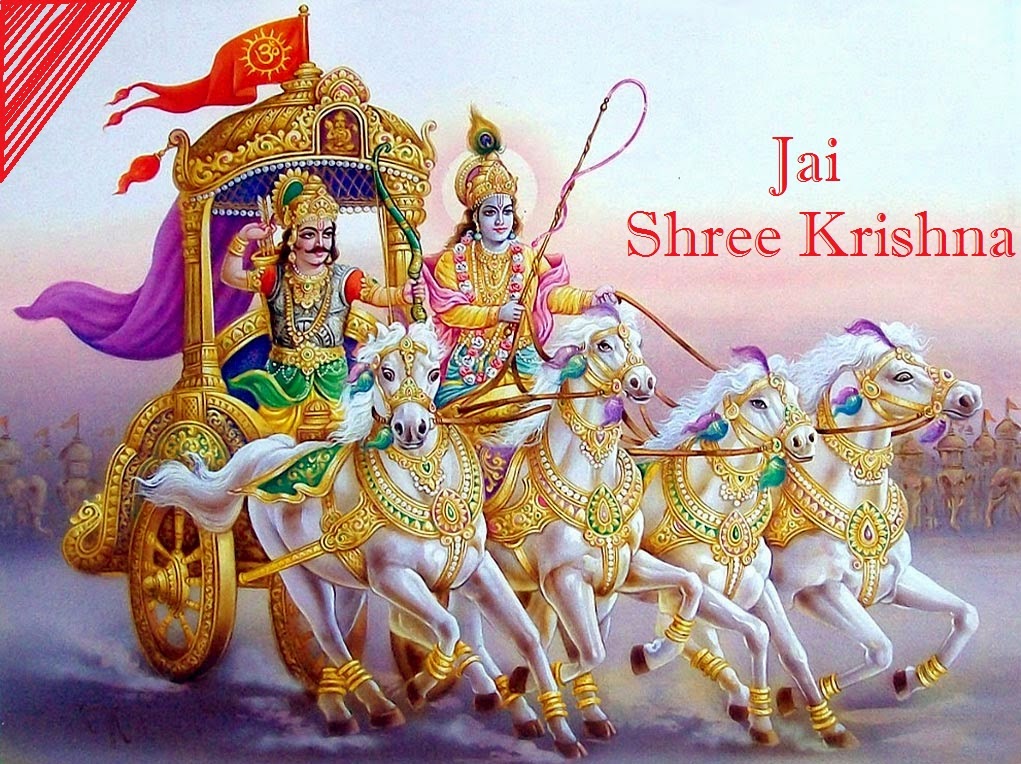 Thus Spoke Lord Krishna - BELOW ARE SOME OF THE FAMOUS QUOTES FROM BHAGWAD GITA:

"Sri Krishna said: O Arjuna, Whenever and wherever there is a decline in virtue/religious practice and a predominant rise of irreligion—at that time I descend Myself, i.e. I manifest Myself as an embodied being."

"Sri Krishna said: O Arjuna, To deliver the pious and to annihilate the miscreants, as well as to reestablish the principles of religion, I Myself appear, millennium after millennium."

"Sri Krishna said: O Arjuna, You have a right to perform your prescribed duty, but you are not entitled to the fruits of action. Never consider yourself the cause of the results of your activities, and never be attached to not doing your duty."

"Sri Krishna said: O Arjuna, As a human being puts on new garments, giving up old ones, the soul similarly accepts new material bodies, giving up the old and useless ones."

"Sri Krishna said: O Arjuna, The soul can never be cut to pieces by any weapon, nor burned by fire, nor moistened by water, nor withered by the wind."

"Sri Krishna said: O Arjuna, as the Lord of the universe, I know everything that has happened in the past, all that is happening in the present, and all things that are yet to come. I also know all living entities; but Me no one knows."

"Sri Krishna said: O Arjuna, know that I am the original seed of all existences, the intelligence of the intelligent, and the prowess of all powerful men."

"Sri Krishna said: O Arjuna, One should meditate upon the Supreme God as the one who knows everything, as one God who is the oldest, who is the controller, who is smaller than the smallest, who is the maintainer of everything, who is beyond... all material conception, who is inconceivable. Supreme God is luminous like the sun, and He is transcendental, beyond this material nature."

"Sri Krishna said: O Arjuna, The Lord / God, who is greater than all, is attainable by unalloyed devotion. Although He is present in His abode, He is all-pervading, and everything is situated within Him."

"Sri Krishna said: O Arjuna, And whoever, at the end of his life, quits his body, remembering Me alone, at once attains My nature. Of this there is no doubt."

"Sri Krishna said: O Arjuna, Whatever state of being one remembers when he quits his body,  that state he will attain without fail."


"Sri Krishna said: O Arjuna, Therefore,  you should always think of Me in the form of Krishna and at the same time carry out your prescribed duty of fighting. With your activities dedicatedto Me and your mind and intelligence fixed on Me, you will attain Me without doubt."

"Sri Krishna said: O Arjuna, He who meditates on Me as the Lord of the universe, his mind constantly engaged in remembering Me, un-deviated from the path, he is sure to reach Me."