Have Faith In God 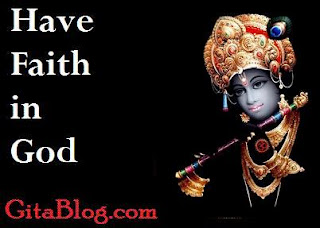 For an individual being God exists just because of that person's "Faith". If you have "Faith" in God then God has some meaning in your life, otherwise not. If you have Faith in God, then only you can know more of Him, otherwise your journey towards God just stops there. Faith in God elevates an individual's thinking process & it purifies the heart, emotions & soul and leads one to the vision of God.

Faith is the soul of every religion. It creates new hopes and awakens in one the presence of God. Faith is the eye that sees the Lord and the hand that clings to Him. Faith is power. Faith is strength. Faith is abundant energy. He who has faith in God is strong. He who doubts about God is weak. Strong faith in God precedes great actions. Faith illumines the spiritual path, builds a bridge across the gulf of death, and takes one to the other shore of fearlessness and deathlessness.

Below is an Upnishdic story regarding the Faith:

In ancient times, a severe draught occurred in one region of India. One of the village in in that region was severely affected with this draught. Without rains, the villagers faced a bleak future, as their all livelihood depended on agricultural produce only. All of the rivers and the lakes got dried up due to the extreme heat of the sun. Not even a single drop of water was left in the wells. Whole of village people were really desperate for the water.

The prayer meeting commenced and at the end of all the rituals and ceremonies, when people were about to leave the temple, they could not hold back their curiosity about the man and his umbrella.

‘Why was he carrying the umbrella?’ villagers asked him.

The man with the umbrella replied: "I have "Faith" in God & the God will provide. He only gives and He only takes away. God will surely answer our prayers for the rain and I will need the umbrella for the rains".

The villagers laughed at him. Not one of the villagers could appreciate the absolute and sincere "Faith" of the man with the umbrella. The scorching heat of the sun outside the temple was still fresh in their minds.

Lo……..Behold, a miracle took place. As the people were going out of the temple door and putting on their shoes, rain clouds appeared in the sky, the gentle breeze gave way to stormy winds, suddenly the sky darkened and thunder and lightning heralded the coming of the rains. A sudden rainfall opened the eyes of the villagers. Their ridicule of the man with the umbrella changed to their amazement, disbelief, and they now understood the intense "Faith" of this man. Now the villagers got convinced that it was the sincere "Faith" & prayer of this man and devotion to the God that He has answered to his prayers.

Below are few verses of Bhagwat Gita on Faith:

"Sri Krishna said to Arjuna: Those who are not Faithful in this devotional service, cannot attain Me, O Arjuna. Therefore they return to the path of birth and death in this material world."

"Sri Krishna said to Arjuna: A faithful man who is dedicated to transcendental knowledge and who subdues his senses is eligible to achieve such knowledge, and having achieved it he quickly attains the God & spiritual peace."

"Sri Krishna said to Arjuna: And of all yogis, the one with great Faith who always abides in Me, thinks of Me within himself, and renders transcendental loving service to Me—he is the most intimately united with Me in yoga and is the highest of all. That is My opinion." 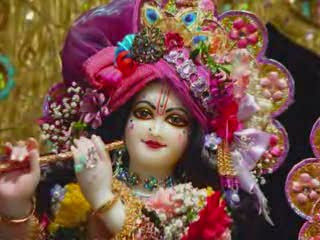 In our life, we knowingly or unknowingly, sometimes commit the sin. In scriptures there are many ways such as penance, charity etc. are told, through which atonement to such sins can be attained. But there is no way more swift, fast for atonement to sins than Devotional service to Lord Krishna. In this regard Bhagwat Puran & Bhagwat Gita, both explain about this assurance in detail that Devotion to Lord Krishna is the supreme purifier for all the sins that a person commits in life time. Below are few verses from Bhagwat Puran regarding this:

"Some manage, in relying on nothing but an unalloyed devotion towards Lord Krishna, to destroy all their badness beyond revival, like the sun does with fog."

"A man full of sin, o King is for certain not as much purified by penance, as the devotee who has surrendered his life to Lord Krishna in dedicated service unto the original person of God."

"In this world there is this path that is really appropriate & the one that is followed by the well-behaved, fearless and auspicious, saintly people; that is in surrendering oneself to Lord Krishna.

"Most of the atonement, well performed by a nondevotee will not purify, o King, like all the rivers can't purify a liquor jar with their regular washing of it."

"Once the mind is of full of surrender to the two lotus feet of Lord Krishna & the mind is full of hankering after Lord's qualities, then that person shall never encounter Yamarâja (Lord of death) and his superintendents, or even in one's dreams meet his servants carrying the ropes to bind, because doing such devotional service to Lord Krishna is the right atonement for all sins."

In Bhagwat Gita also God himself is giving that assurance:

Jai Sri Krishna.
Posted by Sancho at 10:48 AM No comments:

Hide and Seek game of God 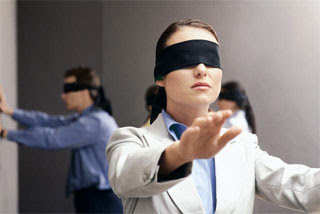 Have you played "Hide and Seek" game in your childhood? I think there shall be very few people who have not played this game in their childhood. Here below is a "parable" named "Hide and Seek" of Sri Ramakrishna, saint of Bengal, which illustrates about the true nature of God. Through this we can understand how God is present near us while He is hiding from us & how we are not able to see Him.

"Hide and Seek" game has many versions & people of different countries play it in many different ways. In one form which is played in some countries, the one who hides is called "Granny" & all others are seeker of her. This "Granny" blindfolds the eyes of other persons and then hides herself. These blindfolded persons are to seek that hidden "Granny" one by one. Whosoever can find and touch the "Granny" has the blindfold removed from his/her eyes and is "free". So the game goes like that. In the philosophical sense same is the case with us. God is similarly nearby us (like Granny) & has covered our eyes with ignorance and hidden Himself here. If you are able to find Him, touch Him, then you are freed of Maya (the blindfold, the illusion, the duality).

Actually "Maya" is the energy of God which creates illusion about God & blindfolds our inner eyes (our knowledge) of God. When we are under the influence of "Maya" energy then we are not able to see God or know our true Soul nature. Here below are verses from "Bhagwat Gita" which describe about the nature of this "Maya", how this illusive energy of God deludes the human beings & puts a veil of ignorance on human mind. This veil of ignorance just disappears from the human mind once he/she starts having faith in God & have devotion in that Almighty. God himself in below verses is declaring that one who is engaged in pure devotional service goes beyond this illusion of "Maya" easily & attains to the God in no time.

Below verses explain the nature of "Maya" & how it binds the free Soul to it's qualities:

"Sri Krishna said: O Arjuna, The three Material nature born qualities (goodness, passion and ignorance born of Maya) bind the imperishable Soul to this body, when this Soul comes in contact with these three modes (qualities) of nature."

"Sri Krishna said: This divine energy of Mine, consisting of the three modes of material nature (Maya), is difficult to overcome. But those who have surrendered unto Me can easily cross over it."

Below verses explain how one can be free of the influence of "Maya" by having devotion towards the God:

"Sri Krishna says to Arjuna: Always think of Me, become My devotee, worship Me and offer your homage unto Me. Thus you will come to Me without fail. I promise you this because you are My very dear friend."
"sarva-dharman parityajya
mam ekam saranam vraja
aham tvam sarva-papebhyo
mokshayisyami ma suchah" (Bhagwat Gita: Chapter Eighteen verse 66)

"Sri Krishna said: O Arjuna, Abandon all varieties of religion and just surrender unto Me. I shall deliver you from all sinful reactions (shall be freed of Maya). Do not fear."

So let's devote our heart, mind & Soul to God as by doing so we shall be free of the power & influence of the illusory nature of Maya. Once we are able to find God, touch Him with our heart then we shall be a Free Soul & shall be eligible to live in His Divine Abode ultimately. So let's be the ultimate winner in "Hide and Seek" game of the God. 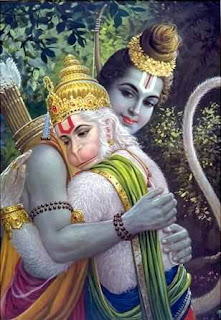 Do you believe in God? If yes, then what type of devotee are you? Bhagwat Gita describes about 4 types of devotees of God.

1) First one are those people who are in distress. In our bad times when we are in distress or when we are going through physical or mental agony, at that time we generally remember & pray to God. Such people devote themselves to God because they wish to be liberated from grief.

3) Third one are those people who want to gain wealth in life. There is no end to such people in this world. You can find such people generally in temples etc. asking God to give them wealth, money etc. Such people are those one's who do their appointed task for money because doing it will bring good fortune to them. So such people are the doers of selfish action in life.

4) Fourth one are those people who are people of True knowledge. Such people are really the wise men.They have true knowledge to God. They are the realized sages, who have attained to the stage of reaching the supreme goal.

Below are the verses of Bhagwat Gita which explain about the above said 4 types of devotees.

"Sri Krishna said: O Arjuna, four kinds of pious men begin to render devotional service unto Me—the distressed, the inquisitive, the desirer of wealth, and the one who is searching for knowledge of the Absolute."

"Sri Krishna said: All these devotees are undoubtedly magnanimous souls, but he who is situated in knowledge of Me, I consider to be just like My own self. Being engaged in My transcendental service, he/she is sure to attain Me, the highest and most perfect goal."

So just check, which type of devotee of God are you? If you are not the fourth one i.e. a person of True knowledge, a really wise person, then just strive to be the one. Just devote yourself to God, read religious literature, join the company of saintly people, give charities, alms to the people. Doing all such good works & having a yearning for God, you shall certainly become a wise person, a true devotee of God & shall ultimately attain to Him.