Attachment & the Next Birth 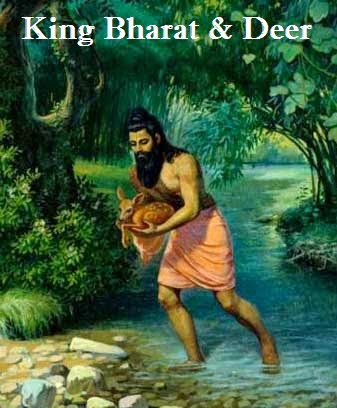 "Sri Krishna said: Whatever state of being one remembers when he quits his body, O Arjuna, that state he will attain without fail."

Whatever one thinks at the moment of death one becomes that without fail. This is being stated with the words yam yam meaning whatever. Whatever one is thinking at the last moment of death will transport one to become the very object or conception one contemplated while dying. The reason Lord Krishna also gives with the words sada tad-bhava- bhavitah meaning due to being completely absorbed in such contemplation the powerful prominence of the final thought and image infuses itself upon the consciousness determining their next birth.

Here below is story of the King Bharat of India as to how he became a Deer in his Next Birth because of his thinking of a deer & his attachment to a deer at the time of his death.

"Once upon a time in India there was a great king called Bharat. In his old age he gave over his throne to his son, and retired into the forest to live into a life of an acetic. He made a hermitage on the banks of the river Gandaki. There he passed his time in the worship of God.

One fine morning, when he was performing libations in the river, a pregnant Doe arrived on the opposite bank to drink water. At that time a lion roared somewhere in the forest behind her. Frightened by the roar, the doe jumped into the river to save her life. But the doe lost her life in the action while her foetus fell in the river.

Feeling pity for the fawn, King Bharat took it and began to foster it. Day by day Bharat's affection grew for the fawn. Slowly he became irregular in his daily routine. But Bharat loved the fawn more than his routine. When the fawn grew into a deer, by its natural instinct it joined its mates. On his return, Bharat did not find the deer and grew so restless that he died out of depression. As his mind was fixed on the deer at death, he was born in his next birth as a deer. Bharat was a prudent man. But affection & attachment did not spare even him."

Bhagwat Gita also teaches us to live in this world like that without getting attached to anything or any being. Just like a drop of water on Lotus, where though it is there on it but it is not attached to it.

"Sri Krishna said: One who performs his duty without any Attachment, surrendering all the results unto the God, is unaffected by sinful action, as the Lotus leaf is untouched by water."

So we should not attach our mind greatly to any material thing, place or human being, as one day we shall have to leave these or these shall go away from us. On that day, if you have great attachment to these, you shall feel great pain, otherwise it shall be a normal life for you. So let us not allow our mind to be INFATUATED by any thing, which can lead us to sorrow.

Jai Sri Krishna
Posted by Sancho at 11:11 AM No comments:

Keep Yourselves absorbed in God's Love 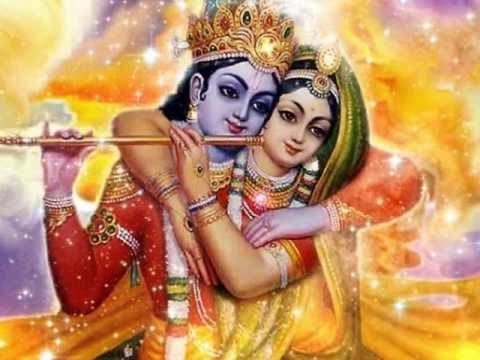 Worshipping the God, becoming His devotee, doing service to God & making Him your only savior shall take you toward Him. Once you are eligible for such a mercy of God then He shall shower all His blessings on you. Below verses of Bhagwat Gita explain that only :

"Sri Krishna said: O Arjuna, I envy no one, nor am I partial to anyone. I am equal to all beings. But whoever renders service unto Me in devotion is very dear to Me, and I am also very dear to him."

"Sri Krishna said: O Arjuna, Abandon all varieties of religion or Setting aside all meritorious deeds, just surrender unto Me. I shall liberate you from all sins. Do not fear."

"Sri Krishna said: O Arjuna, But those who always worship Me with exclusive devotion, meditating on My transcendental form—to them I carry what they lack, and I preserve what they have."

"Sri Krishna said: O Arjuna, Being freed from attachment, fear and anger, being fully absorbed in Me and taking refuge in Me, many, many human beings in the past became purified by knowledge of Me—and thus they all attained transcendental love for Me."

"Sri Krishna said: O Arjuna, If one offers Me with love and devotion a leaf, a flower, fruit or water, I will accept it."

"Sri Krishna said: O Arjuna, To those who are constantly devoted to serving Me with love, I give the understanding by which they can come to Me."

So from the above verses of Bhagwat Gita it is very clear that when God shall shower His blessings on you then He shall provide you everything in life & shall always protect you. The only thing is that you should become eligible for such a mercy of God by becoming His devotee. So let God's grace and mercy always shine upon your lives. May God Always Bless You. 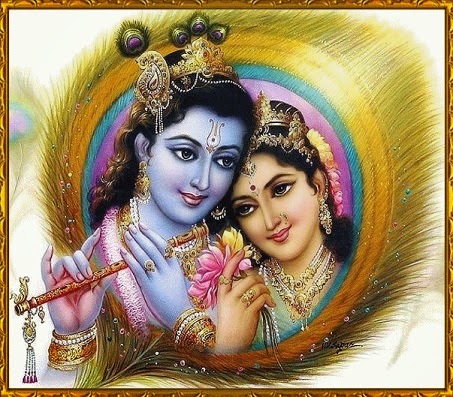 In our life, we knowingly or unknowingly, sometimes commit the sin. In scriptures there are many ways such as penance, charity etc. are told, through which atonement to such sins can be attained. But there is no way more swift, fast for atonement to sins than Devotional service to Lord Krishna. In this regard Bhagwat Puran & Bhagwat Gita, both explain about this assurance in detail that Devotion to Lord Krishna is the supreme purifier for all the sins that a person commits in life time. Below are few verses from Bhagwat Puran regarding this:

"Some manage, in relying on nothing but an unalloyed devotion towards Lord Krishna, to destroy all their badness beyond revival, like the sun does with fog."

"A man full of sin, o King is for certain not as much purified by penance, as the devotee who has surrendered his life to Lord Krishna in dedicated service unto the original person of God."

"In this world there is this path that is really appropriate & the one that is followed by the well-behaved, fearless and auspicious, saintly people; that is in surrendering oneself to Lord Krishna.

"Most of the atonement, well performed by a nondevotee will not purify, o King, like all the rivers can't purify a liquor jar with their regular washing of it."

"Once the mind is of full of surrender to the two lotus feet of Lord Krishna & the mind is full of hankering after Lord's qualities, then that person shall never encounter Yamarâja (Lord of death) and his superintendents, or even in one's dreams meet his servants carrying the ropes to bind, because doing such devotional service to Lord Krishna is the right atonement for all sins."

In Bhagwat Gita also God himself is giving that assurance:

"Sri Krishna said: By thus engaging in Devotional service to the God, great sages or devotees free themselves from the results of work in the material world. In this way they become free from the cycle of birth and death and attain the state beyond all miseries."

Jai Sri Krishna.
Posted by Sancho at 10:27 AM No comments: