You have evolved through many Rebirths.....to be what You are today 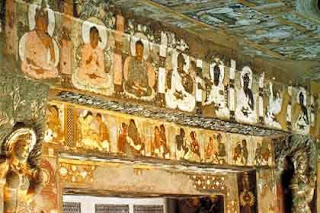 We all have had many rebirths in the past. This body of ours is only one of the bodies in which your soul lives now. It lived in many other bodies in the previous births of yours. A person eveolves into a great soul only in evolution of his soul & becomes a great soul after getting knowledge of the God. Below verse of Bhagwat Gita points to that.

"Sri Krishna said to Arjuna : After many births and deaths / after taking many rebirths, he who is actually in knowledge of God, surrenders unto Me, knowing Me to be the cause of all causes and Lord of this universe. Such a great soul is very rare."

All the Hindu & Buddhist religion is replete with rebirth stories. As per the philosophy of both the religions, soul of an individual being travels at death from one body to the other. In the case of Lord Buddha, he was able to see all his previous births with vivid clarity. Many Yogis & persons advanced in meditation can also see all their previous lives vividly. So can you if you are also advanced in meditation. As per Lord Buddha an individual soul goes through innumerable births & you have been in different bodies in your past lives before you were born this time. As per him this continuum of births was so lengthy that it did not make sense to see exactly where the process began. In the case of Lord Buddha, he acquired two sorts of insights, the ability to recall with visual clarity his previous lives & the ability to do so in the case of others too. All the previous lives of Lord Buddha are recorded as "Jataka Stories".

As per Lord Buddha he was in his previous many births, not only in human bodies but also took birth as birds & animals. Hindu religion also talks about 8.4 Million different types of species in this universe & a soul goes from one type of body to the other as per the Karmic law.

Below are few verses of Bhagwat Gita which explain about the rebirth:

"Sri Krishna said: Just as boyhood, youth & old age are attributed to the soul & the embodied soul continuously passes through these cycles, similarly the embodied soul passes into another body at death. The wise man does not get deluded & bewildered with such a change."

"Sri Krishna said: One who has taken his birth is sure to die, and after death one is sure to take birth again. Therefore, in the unavoidable discharge of your duty, you should not lament."

"Sri Krishna said: Both you and I have passed through many, many births. I can remember all of them, but you cannot, O winner of the enemy!"

Sometimes it happens in our life that some unknown out of the crowd seems so known to you, though you have met that person for the first time. If we meet someone & form meaningful close relationship with that person, then the assumption is that we may have previously met & have associated with that person in previous births also. As a Karmic connection we meet that person again & maintain connections in this lifetime also. Same is the case with all the persons who are close to us in this life. It is not just like that we have suddenly become so close to those people. It is only that all these people were in our lives in our previous births also. We are together here because we had been together before in our previous lives.

In Hindu scriptures Karma is related to the origin of one's own body. Karmas of earlier birth become the basis of this birth & Karmas of this birth become the basis of your next birth & so on. At death, soul of a person takes the stock of all Karmas (having its reservoir in that person's mind) & Divinity or God as per the divine law takes a handful of those Karmas & a new body is made with the seeds of these Karmas. So if a person has done good Karmas he/she gets a good godly body in heavens & if he/she has done bad karmas in this life then that person's soul goes to lower wombs of birds & animals. So it is generally said that we should do good Karmas only.

As per the Hindu Philosophy, any "Karma" done by a person, remains with that person, unless he/she has enjoyed the consequential Fruit arisen out of doing that Karma. For a good act done by him, he shall bear good result & enjoy it. Similarly for a bad act done by him, he shall bear bad result & shall have to bear punishment for it. So, whatever, action/karma we perform with our body, mind or even speech, it should not do harm to others but should be of some use only to others. By doing good Karmas only we shall get good life in future births & shall finally meet the God.