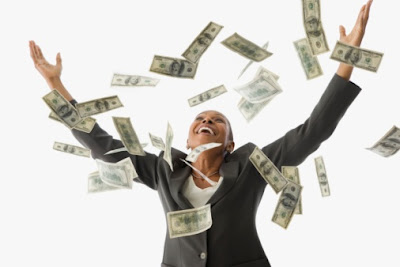 Greed is typically the desire to have anything, more & more, than it is actually required in your life. It is generally considered, the accumulation or hoarding of undue wealth for personal satisfaction than it is required to sustain one's life. It has no useful purpose except to become rich and to continue getting more wealthy. It is a strong desire in each and every one of us that is extremely difficult to overcome. Greed is typically considered a major source of evil that is the root cause for stealing, hoarding, plundering, and treason, just to name a few sins. Greed sometimes drives people to do unethical, immoral, and illegal things in the pursuit of more money.

Greed - the desire to have what someone else has is really the basis for almost all forms of sin. Every war in history was fought because someone wanted to occupy a space on the planet Earth that another group of people inhabited. Many marriages have been torn apart and children have suffered because another woman desired the husband of another woman.

Many people have been shot to death because someone desired to have something they didn't presently have - and for some reason or another - felt that they deserved it. And think of the multitudes of criminals who break into houses, steal cars and other possessions belonging to other people every few seconds across the World.

All of these sins have one thing in common — Greed!

Our religious books too call Greed a Sin. Below is what Bhagwat Gita Says about Greed.

"Sri Krishna said: O Arjuna, There are three gates leading to the hell—Lust, Anger and Greed. Every sane man should give these up, for they lead to the degradation of the Soul."

Now here below is a beautiful story which shows why we should shun the Greed.

"In ancient India there lived a Brahmin named "Haridatta". He was a farmer, but was able to earn little through his labour. One day, at the end of the hot hours, the Brahmin, overcome by the heat, lay down under the shadow of a tree to have a doze. Suddenly he saw a great hooded snake creeping out of an ant-hill near at hand. So he thought to himself, "Sure this is the Guardian deity of his field, and I have not ever worshipped it. That's why my farming is going in vain. I will at once go and pay my respects to it."
When he had made up his mind, he got some milk, poured it into a bowl, and went to the ant-hill, and said aloud:

"O Guardian of this Field! all this while I did not know that you dwelt here. That is why I have not yet paid my respects to you; pray forgive me." And he laid the milk down and went to his house. Next morning he came and looked, and he saw a gold coin in the bowl, and from that time onward every day the same thing occurred: he gave milk to the serpent and found a gold coin.

One day the Brahmin had to go to the village, and so be ordered his son to take the milk to the ant-hill. The son brought the milk, put it down, and went back home. Next day he went again and found a coin, so he thought to himself: "This, ant-hill is surely full of golden coins; I'll kill the serpent, and take them all for myself." So next day, while he was giving the milk to the serpent, the Brahmin's son struck it on the head with a cudgel. But the serpent escaped death by the will of fate, and in a rage bit the Brahmin's son with its sharp fangs, and he fell down dead at once. His people raised him a funeral pyre not far from the field and burnt him to ashes.

Two days afterwards his father came back, and when he learnt his son's fate he grieved and mourned. But after a time, be took the bowl of milk, went to the ant-hill, and praised the serpent with a loud voice. After a long, long time the serpent appeared, but only with its head out of the opening of the ant-hill, and spoke to the Brahmin: "'It is this Greed of yours that brings you here, and makes you even forget the loss of your son. From this time onward friendship between us is impossible. Your son struck me in youthful ignorance, and I have bitten him to death. How can I forget the blow with the cudgel? And how can you forget the pain and grief at the loss of your son?" So speaking, it gave the Brahman a costly pearl and disappeared. But before it went away, it said: "Come back no more." The Brahmin took the pearl, and went back home, cursing the folly of his son."

So the Moral of the story is that we should not fall a pray to Greed. Below are few famous quotes on the Greed.

“The world is burning in the fire of desire, in greed, arrogance and excessive ego.” - Sri Guru Granth Sahib

“Inflamed by greed, incensed by hate, confused by delusion, obsessed by mind, a man chooses for his own affliction, for others' affliction, for the affliction of both and experiences pain and grief” - Gautama Buddha - the founder of Buddhism, 563-483 B.C.

“Greed is a bottomless pit which exhausts the person in an endless effort to satisfy the need without ever reaching satisfaction.” - Erich Fromm

“Earth provides enough to satisfy every man's need, but not every man's greed” - Mahatma Gandhi

So let's not run unnecessarily after what others have & let's try to earn our living by rightful means & do not fall a pray to Greed. Only through continuously contributing and donating to society can we find true rewards that are far greater than the illusion that Greed provides.
Posted by Sancho at 12:55 PM