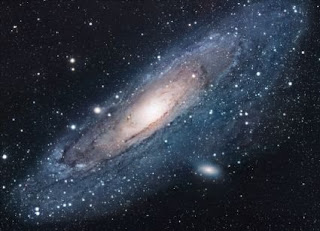 When God did this creation out of Un-manifest, Shunya aspect of Himself, then this manifest infinite universe came into being. God in his manifest aspect is called 'Ananta' or Infinity. 'Ananta' & the Supreme Brahman are one & the same being & are infinitely powerful. This is bigger than anything that can be imagined & it is bigger than any finite number.

Now as all this infinite existence or creation has come out of 'Shunya' or 'Zero', that's why 'Zero' is considered as most powerful. Below matrix explains well the power of 'Zero'. Initially God was one & to multiply himself into many he created this universe out of 'Zero" that is why it only takes 'Zeroes' to be added to '1' to get it manifested in hundreds of thousands forms.

So it is 'Zero' that is most powerful as it is the source & cause of all infinite creation. In mysticism also meditation is done by closing the eyes & concentrating on the void inside ourselves. Void inside us is the most powerful medium, to whom we also call God. In fact God is Un-manifest only & is always there in the void of this infinite space around us. So let's pray by meditating on that 'Shunya' or 'Zero' inside ourselves, which is nothing but God himself.
Posted by Sancho at 8:35 PM