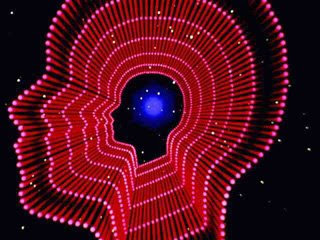 "Keechad" is a hindi word & the meaning of "Keechad" is mud, filthy water, dirt, dirty smelly black water etc. Where there is dirt, sticky smelly black water, you can find Pigs sitting comfortably in that "Keechad". Many a times they rather enjoy in that sticky, smelly water by playing in it. Just see, in that "Keechad", where you would not even like to stand for a minute due to all the filthy stuff & smell, pigs enjoy in such a place.

Have you ever wondered how people too many a times start living in all such dirty environment & do not get perturbed by it at all. Somehow they too get in a Habit of living in all such dirty & smelly areas. Why does this happen? It is because they too have accepted it to be like that & feel comfortable with that. As these people make themselves comfortable in such a filthy situation, it comes into their habit & slowly they feel fully comfortable in that situation. Now as it has come into their habit to live in all such dirty filthy areas, they do not want to change their condition also as they have accepted it happily now. Slowly they go on living like that only. Now there does not remain any difference between such people & "Filthy PIGS". They have in fact now become like "Filthy PIGS" only who love filth, dirt, mud etc. etc.

There was once such a person who always used to live in such a situation only; an area full of filth & dirty smell. He was so used to living in that area that he never felt any unease living in such surroundings. One day that man went through an area where there were many shops of Perfume (Scent, Itr, sweet smelling liquid, fragrance giving liquid). On smelling such sweet fragrances coming from that area, that man actually fainted. Same is the case with Filthy Pigs & they too feel uneasy, smelling sweet fragrances.

On hearing this, Pig asked the "Goddess Lakshmi"; Shall there be "Keechad" (filth) in heaven???
"Goddess Lakshmi" was very perplexed at listening to this & stopped thinking of uplifting the condition of that Pig.

Same is the case with many of people, who have a similar condition within their mind. Such people too have "Keechad" (filth) filled inside their mind. They lack the internal purity & are possessed of hypocrisy, conceit, arrogance, jealousy & are very egoistic. Their mind is given to insatiable passion, lust & anger. They are given to the enjoyment of sensuous pleasures only. Such people strive to obtain by unlawful means hoards of money for the enjoyment of sensuous pleasures. Such people are self-important, unbending, filled with the intoxication of wealth & honor. These people are given over to egoism, violence, insolence, passion & anger.

Such malicious persons hate the God that dwells in the bodies of others, as well, as in their own body. In fact such people are "Filthy Pig" only in their mind & are happy to be like that. Above mentioned qualities of hypocrisy, conceit, arrogance, jealousy, passion, lust, anger etc. are the qualities of a "Mental Filthy Pig" person only. If you ask or teach them to change their mental position then they are as reluctant as a "Filthy Pig" to change their condition.