Many Faces of God & Faceless God 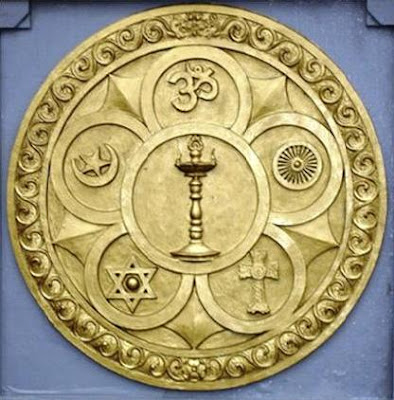 "We followers of Lord Caitanya Mahaprabhu and Nityananda Prabhu also recognize that the faces of Godhead are like the waves on the ocean. No one can count !﻿ Krsna, God, Allah, has no limits, is One. But our herats are sold out to the beauty of Radha and Krsnas' love. So we might appear at first glance to be sectarian! Hare Krsna. Jai Prabhupada."
"We need more people with views such as yours. I was born into a Hindu family, however, my heart and mind is open to all religions and their﻿ GODS, and thus its followers. May Allah have his blessings upon you and may he give you the wisdom and strength to spread the much needed peace and unity in this world."
"Beautiful, its so beautiful that we all worship the same God. its so sad that we dont resolve our differences. may Allah open our eyes so that﻿ we can all see the truth and unite."
"Wow so nice thats what the whole humanity hv to do;...unite and pray and work towards peace of﻿ this beautifull world...""Come lets pray for the whole world to be at peace﻿ & happy."
Posted by Sancho at 3:29 PM