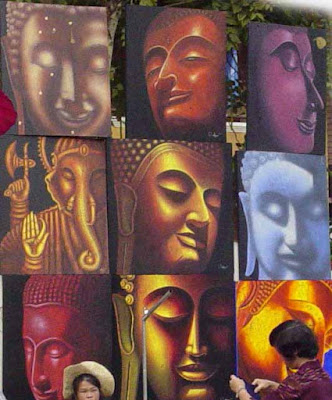 We all have heard of the stories of small boys or girls claiming to remember their past life, in which they tell exact details of their previous life. Many times such a child tells about his previous birth's father-mother & even the address of them. In such stories, the present parents have sometimes tried to verify the said facts by going to the previous birth's father-mother & all told by the child comes to be true. All around the world, especially in India, many people believe in rebirth, reincarnation etc.
What is the reason that such a big population on earth believes in rebirth/ reincarnation? Main reason for this is Hindu & Buddhist Spiritualism & also the actual instances of rebirth that press & TV news channels etc. are able to expose. Now what is the truth about rebirth or reincarnation?

In simple terms of Hindu Philosophy, every single person on this earth is a unique soul (Jeeva). In this soul, all the database of life's learning & actions go on a permanent basis & all this database remains always in soul in dormant state. There is not only the database of this life but also of previous lives in this soul (Jeeva). At the death of a person, one person's memory and knowledge remains in dormant state in soul & temporarily suppressed while that soul takes a new birth in a new body. So whenever, a person is born, he/she is always carrying the database of his/her previous lives with them. Though most of the time it remains in dormant state but is always reflected as our likes and dislikes, moods & skills. That is the reason that you may find a child prodigy who suddenly excels in something without any experience. In all such cases past lives memories & skills play a major part.
Though modern science do not believe in soul but it is a matter of individual faith as it is endorsed by many religions & Hindu religion is one of them. As per Bhagwat Gita it is told that individual soul is immortal & everlasting; though human body dies, soul does not. It changes the body when the old body dies. It just does that like the way we change our clothes for a new pair, when the old one's are torn. Below are verses of Bhagwat Gita in which Lord Sri Krishna is telling his disciple Arjuna, the mystery of soul & it's rebirth:
"dehino-asmin yatha dehe
kaumaram yauvnam jara
tatha dehantar-praptir-
adhiras tatra na muhyati" (Bhagwat Gita: Chapter Two verse 13)

"Sri Krishna said: O Arjuna, Just as boyhood, youth & old age are attributed to the soul & the embodied soul continuously passes through these cycles, similarly the embodied soul passes into another body at death. The wise man does not get deluded & bewildered with such a change."

"Sri Krishna said: O Arjuna, For this individual soul is incapable of being cut; and insoluble, and can be neither burned nor dried. This soul is eternal, constant, omnipresent, unchangeable, immovable and everlasting."

"Sri Krishna said: O Arjuna, The living entity (individual human soul) in the material world carries his different conceptions of life (individual tastes & actions/karmas) from one body to another as the air carries aromas from one place to other. Thus he takes one kind of body and again quits it to take another."

"Sri Krishna said: O Arjuna, The living entity (individual human soul), thus taking another gross body, obtains a certain type of ear, eye, tongue, nose and sense of touch, which are grouped about the mind. He thus enjoys a particular set of sense objects through the another body."

"Sri Krishna said: O Arjuna, The foolish cannot understand how a living entity (individual human soul) can quit his/her body, nor can they understand what sort of body he enjoys under the spell of the modes of nature. But one whose eyes are trained in knowledge of soul can see all this."