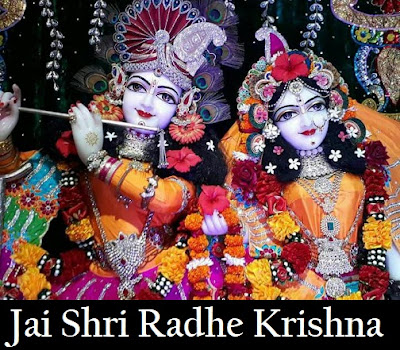 Here below is explained the Greatness of Chapter Twelve of Bhagwat Gita. Read the story below to see, how all the sinful reactions are destroyed by just reading the Chapter 12 of the Bhagwat Gita.

“Lord Siva said, “I will recite the wonderful glories of the Twelfth Chapter of Srimad Bhagwat-Gita before you, dear Parvati.”

In the South there is an important holy place by the name of Kohlapur, where the temple of the Lord’s divine consort Maha Lakshmi, is situated. Maha Lakshmi is continuously worshiped by all of the demigods. That place is the fulfiller of all desires. Rudragaya is also situated there. One day, one young prince arrived there. His body was the colour of gold. His eyes were very beautiful. His shoulders were very strong and his chest was broad. His arms were long and strong. When he arrived in Kohlapur, he first went to the lake known as Manikanth-tirth, where he took bath and offered worship to his ancestors. And then he went to the temple of Maha Lakshmi, where he offered his obeisance's and then started to pray, “Oh Devi, Whose heart is full of mercy, Who is worshiped throughout the three worlds and is the giver of all fortune and the Mother of Creation. All glories to You, Oh shelter of all living entities. Oh fulfiller of all desires. You are the wonderful energy of Lord Achyuta, Who is maintaining the three worlds. You are the Supreme Goddess. Oh protector of the devotees. All glories to You. Oh Devi, it is You who fulfills the desires of the devotees, and it is You, who engages them in the service of Lord Achyuta. You are eternal and deliverer of all fallen souls. All glories unto You. Oh Devi, for the welfare and protection of the three worlds, You take on many forms such as Ambika, Brahmi, Vaishnavi, Maheshwari, Varahi Maha-Lakshmi, Narasimhi, Indri, Kumari, Chandika, Lakshmi, Savitri, Chandrakala, Rohini, Parameshwari. All glories unto You, whose glories are unlimited. Kindly be merciful upon me.”

When Maha Lakshmi heard those prayers, She became very pleased and said to the prince, “Oh prince, I am very happy with you, please request any benediction according to your heart’s desire from me.”

That prince said, “Oh Mother of the three worlds, my father; King Brahadrathy was performing the famous sacrifice known as Ashwamedha. But before having completed that yajna, he died due to disease. And before I was able to complete that Ashwamedha yajna, someone stole the horse that had travelled all over the world and had been purified for sacrifice in that Ashwamedha, I sent persons in all directions in search of that horse, but they were unable to find it. Then I took permission from the priest to come and pray for Your help. And, if You are pleased with me, then kindly let me know, how I can get back that horse and complete the fire sacrifice and thus fulfil my father’s desire.”

Maha-Lakshmi said, “Oh noble prince, by the gate of my temple one highly elevated Brahmin lives, who is known by the name of Siddha-Samadhi. He will be able to fulfil your desire.”

Immediately those demigods brought that horse before him, after which Siddha-Samadhi dismissed them. When the prince saw all these wonderful happenings, he fell at the feet of Siddha-Samadhi, and inquired from him. “How have you attained such power, which I have not seen or heard of any one else possessing? Oh great sage, kindly hear my request.
My father, king Brahadratha while beginning the Ashwamedha-sacrifice, died unexpectedly. And thus I kept his body in pure boiled oil. Kindly, if you desire, please bring him back to life.”

Hearing this, Siddha-Samadhi gave a little chuckle, and said, “Let us go to that place, where you have kept your father’s body.” When they reached that place, Siddha-Samadhi took some water in his hand and while chanting some mantras, he sprinkled the water onto the head of the dead body of King Brahadratha. As soon as that water touched his head, the King sat up and inquired from Siddha- Samadhi, “Oh, great devotee, who are you?” The prince immediately informed his father of all the events, which had taken place. When the King heard that narration, he again and again offered his obeisance's to Siddha-Samadhi, and inquired from him, What austerities he had performed to attain such divine powers. Hearing the King’s inquiry, Siddha-Samadhi replied “My dear king Brahadratha, daily I recite the Twelfth Chapter of Srimad Bhagwat-Gita.”

So that is the greatness of Chapter Twelve of Bhagwat Gita.”

Chapter Twelve of Bhagwat Gita is entitled "The Yoga of Devotion."

Bhagwat Gita: Chapter Twelve (12) is entitled "The Yoga of Devotion." This Chapter has a total of 20 verses.

Verses 1 to 12 describes the respective merits of the worshipers of God with Form and without Form and the means of God-Realization.

Verses 13 to 20 describes about the Marks of the God-realized soul.

Below are some verses from Chapter Twelve of Bhagwat Gita:

"Sri Krishna said: O Arjuna, Those who fix their minds on My personal form and are always engaged in worshiping Me with great and transcendental faith are considered by Me to be most perfect."

"Sri Krishna said: O Arjuna, For those whose minds are attached to the unmanifested, impersonal feature of the Supreme, advancement is very troublesome. To make progress in that discipline is always difficult for those who are embodied."

"Sri Krishna said: O Arjuna, But those who worship Me, giving up all their activities unto Me and being devoted to Me without deviation, engaged in devotional service and always meditating upon Me, having fixed their minds upon Me, O son of Pritha—for them I am the swift deliverer from the ocean of birth and death."

"Sri Krishna said: O Arjuna, One who is not envious but is a kind friend to all living entities, who does not think himself a proprietor and is free from false ego, who is equal in both happiness and distress, who is tolerant, always satisfied, self-controlled, and engaged in devotional service with determination, his mind and intelligence fixed on Me—such a devotee of Mine is very dear to Me."

"Sri Krishna said: O Arjuna, One who neither rejoices nor grieves, who neither laments nor desires, and who renounces both auspicious and inauspicious things—such a devotee is very dear to Me."

"Sri Krishna said: O Arjuna, One who is equal to friends and enemies, who is equipoised in honor and dishonor, heat and cold, happiness and distress, fame and infamy, who is always free from contaminating association, always silent and satisfied with anything, who doesn’t chare for any residence, who is fixed in knowledge and who is engaged in devotional service—such a person is very dear to Me."

"Sri Krishna said: O Arjuna, Those who follow this imperishable path of devotional service and who completely engage themselves with faith, making Me the supreme goal, are very, very dear to Me."