Do Not Get Perturbed In Success Or Failure 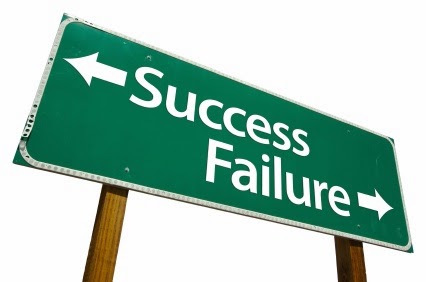 Once there was a rich family who used to live in a big house with all the amenities of life. It was a beautiful family with lovely children. They were living a happy life when suddenly an earthquake came & due to bad luck they lost their home & business both. All the members of the family, especially the wife started weeping at the loss of home & business but the husband was not perplexed & was as calm as usual.

Seeing her husband so unconcerned about everything, wife said to him: "There is so big a problem that has come upon all of us but you are not worried at all; your heart seems to be that of a stone!! You don’t care that we have lost even our beautiful home also." At this the man said, "O.K. now I shall tell you why I am not worried? Last night, I dreamt that I had become an exalted king, I was having a palace of gold & was having everything of life & was enjoying life to the fullest, when you woke me up. Now I am really wondering whether I should weep for that Kingly status & a palace of gold or to the loss in life that has occurred to us.”

Husband was really an intelligent man & knew philosophical truth that the waking state is as unreal as the dream state. Loss & gain in wakeful state are as real & as unreal as it is in dream state. Both does not remain forever. Only real thing is the one eternal substance, and that is the Self or Atman which never changes. In fact what we call life is nothing but a prolonged state of dream only which dissolves at the end of life.

Jai Sri Krishna
Posted by Sancho at 10:24 AM