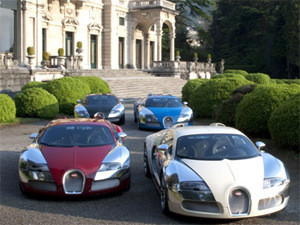 Have you ever wondered why Film Stars, other Sports Stars, rich people try to be different than common people on the street. They try to move around in private jets, in flashy expensive cars which separate them from common men on the street. They try to show-off their expensive clothes, watches, shoes, handbags etc. just for that, they want to be different than the common people. So these things that people use to try to show themselves different, than the common people are called the “Extended Ego” of those people.

Now why we should not show our ego or extended ego? Ego is nothing but to feel oneself more important than others, to feel different & superior to others. Such a feeling of finding oneself different from others is nothing but the ignorance & such an illusion is called ego. We all are part & parcel of the Omnipresent Soul & that one same soul is present in all of us, whether we are a common man on the street or a rich person or a celebrity star. So if we are able to realize that soul within all of us then we cannot find ourselves different from others.

Human beings generally crave for Name, Fame, Pleasures of life etc. which satisfies one's ego & these are the Idols in one's life which a person adores very much. But these Idols do not do any good to one self as it obscures one's real 'Soul nature', which is divine with unlimited powers & is always blissful. Such craving for Name, Fame & Sense pleasures drowns one's self respect & obscures the divine being from our sight. These worthless temptations destroy one's reputation & always give delusion by which a person is not able to know his Divine Self.

As a rope that is burnt retains its shape intact, but has become all ashes, so that nothing can be bound with it; similarly, the person who feels one with everyone & is devoted to God, retains only the form of his egoism, but not has any idea of vanity (Ahamkâra).

So Let's shed our ego & not be egoistic, as it shall not do any good to one self. Let's not try to be different from common people on the street as the one, same God resides in each human being, whether he is poor or rich, beautiful or ugly. Let's surrender our ego in the Divine feet of the God & adore Him only so that He can give us a blissful life.