A Saint & His Spiritual Powers 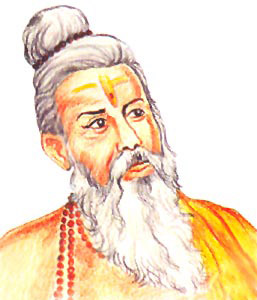 “Once in ancient India, there was a great saint who had great spiritual powers. One day he was meditating at a place near to the seashore that strong winds started blowing & after that a strong sea storm came in the sea. Saint while meditating, felt very disturbed with that & as he was having great spiritual powers, so he used his powers & said, “Let this storm come to a halt & should cease at once.” By the powers of his words, the storm stopped immediately.

At that time a ship was sailing nearby in the sea. As the wind & the storm in the sea stooped suddenly, so the ship capsized in this sudden abruption of the wind & drowned in the sea. With the drowning of ship in the sea, all the people on the board of the ship also drowned & died. By the law of nature, the sin of the death of all these people on the ship came upon the saint & by all those sins, the saint lost all his great spiritual powers.”

So the spiritual powers should do the good of humanity & should not be used to show one’s vanity. In fact we should not interfere with the laws of nature & laws of God. We should be humble & should bow to the great powers of God. Rather we should be devoted to God than attaining ourselves great powers.

As per Bhagwat Gita, we should devote all our actions to God & also devote our mind to God. Below are few verses from Bhagwat Gita which explain that only.

"Sri Krishna said to Arjuna: In the minds of those who are too attached to sense enjoyment and material opulence, and who are bewildered by such things, the resolute determination for devotional service to the God does not take place."

"Sri Krishna said: O Arjuna, keep all abominable activities (wanting fruits of their actions) far distant by devotional service, and in that consciousness surrender unto the God. Those who want to enjoy the fruits of their work are misers."

"Sri Krishna said to Arjuna: A man engaged in devotional service gets rid himself of both good and bad actions even in this life. Therefore strive for yoga, which is the art of all work."

"Sri Krishna said to Arjuna: By thus engaging in devotional service to the God, great sages or devotees free themselves from the results of work in the material world. In this way they become free from the cycle of birth and death and attain the state beyond all miseries."

So let’s devote ourself to Lord Sri Krishna. We should not be egoistic in our money, power & fame. Also we should not strive to hanker after all such things & rater should devote all our actions to God. By humbly devoting oneself to God & shedding one’s ego before God, one can attain to the great spiritual planes by the grace of Lord Sri Krishna.