Motivate Yourself & You will Succeed in Life 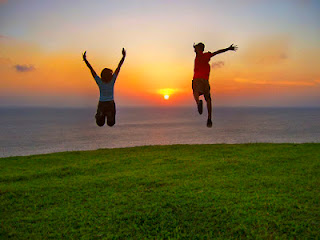 Have you ever seen that when you are motivated in life, you are able to do everything in life with ease & enthusiasm. When you are motivated in life, success follows you in life. But when our mind gets depressed, dejected, demotivated, life seems impossible & we are not able to lead life enthusiastically & as a result we do not succeed in life.We may be physically fit with blood gushing in our nerves, but if we are not well with our MIND then we are certainly not going to perform to our full potential. Mental health is where the key to success lies. If we are mentally supercharged then we can achieve any milestone, in spite of having any physical inadequacy. One can never succeed & be victorious in life if he feels himself, defeated at mind.

In the ancient Kurukshetra war, "Arjuna" the great disciple of "Lord Sri Krishna" also came into such a de-motivated & dejected state of mind. In that war "Arjuna" refused to do his duty of fighting a righteous battle as he got infatuated & started thinking of his enemies as his own near & dear ones. His mind became week & highly de-motivated. He told his master "Lord Sri Krishna" that he is going away from the war & do not want to fight on the battle field. Arjuna's mental health became weak & he got deeply depressed. Below are few verses of Bhagwat Gita which show how Arjuna became de-motivated & how he refused to do his duty of fighting a righteous war.

"Arjuna said: Krishna, at the sight of these friends and relatives present before me in such a fighting spirit, my limbs give away, my body is quivering and my mouth is parched."

"Arjuna said: O Krishna, "My mind is reeling & I am now unable able to stand here any longer. I see the omens also inauspicious; only causes of misfortune."

Now to overcome his disciple Arjuna's depression & to motivate him to fight a righteous war, "Lord Sri Krishna" gave the great teachings of "Bhagwat Gita" to his disciple "Arjuna". After listening to all these great teachings, Arjuna's mental health became well & he became motivated & energetic to fight the war. Below are verses of Bhagwat Gita in which Lord Krishna gave sermon to Arjuna to do his duty of fighting a just & righteous war & motivated his mind.

Below are few "Motivational Quotes" from our modern times great thinkers:

Be miserable. or Motivate yourself. Whatever has to be done, it's always your choice.
Wayne Dyer

Always do your best. What you plant now, you will harvest later.
Og Mandino

Believe in yourself! Have faith in your abilities! Without a humble but reasonable confidence in your own powers you cannot be successful or happy.
Norman Vincent Peale

Do you want to know who you are? Don't ask. Act! Action will delineate and define you.
Thomas Jefferson

Problems are not stop signs, they are guidelines.
Robert H. Schuller

The more man meditates upon good thoughts, the better will be his world and the world at large.
Confucius

The will to win, the desire to succeed, the urge to reach your full potential... these are the keys that will unlock the door to personal excellence.
Confucius

Things do not happen. Things are made to happen.
John F. Kennedy

When you fail you learn from the mistakes you made and it motivates you to work even harder.
Natalie Gulbis

Without hard work, nothing grows but weeds.
Gordon B. Hinckley

You can't expect to hit the jackpot if you don't put a few nickels in the machine.
Flip Wilson

So let yourself always be motivated in life. Let enthusiasm, vigor be there in your life & let you stay motivated in the face of challenges of life. Such an attitude shall always keep away the negativity in your life. Do not have regrets in life & move on in all the situations, as with such an attitude you shall quickly go ahead in your career. Always feel good about yourself & never let have negative thoughts in your life. Positive thoughts in life shall increase your self-esteem & that shall keep you motivated. Also enjoy a harmonious life at home & in society as it always keeps one's mind motivated in life. A motivated life shall let you accomplish much more & have greater success in life.