We Should Not Beg GOD For Rewards 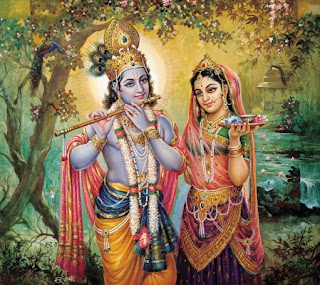 All the people who have faith in God do prayers to God or do the religious rituals in the name of God. In Hinduism there are many God’s and Goddesses to whom people do prayers or do rituals in their names. There are many ritual systems associated with Hindu Gods & deities. In Hinduism there is concept of “Tridev” (Three Gods namely Bramha, Vishnu and Mahesh) who are the primary deities of Hinduism. Other than that there are many other Gods & deities to whom people worship for the fulfillment of their desires.

People generally worship these Gods so that they can get their blessings and rewards for their worship. This worship to Gods is for the fulfillment of their desires, rise in status and position, for health, wealth, for their wants, freedom from sufferings, for getting off-springs, for marriage and other desires.

However, this type of worship done by those people is not proper and their fruits are limited and temporary because it is done for the material rewards. Lord Krishna in Shrimad Bhagwat Gita says as follows:-

But as per Lord Krishna in Shrimad Bhagwat Gita one should not ask for all these material desires from the Gods but should be devoted to Supreme God (Lord Krishna) only as then God shall not only give everything but shall also protect, whatever, a person is already having. Not only that, in the end Lord Krishna shall give salvation (Nirvana, Mukti, Moksha) to that person.

The essence is that, whatever you want, material or spiritual, you can get it from God by becoming His devotee. God Himself declares in "Bhagwat Gita"