Bráhman, Big Bang & the Creation of the Universe 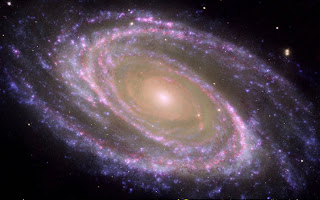 In Hinduism also origin of the universe is told but there is some difference than the "Big Bang" theory. As per Hinduism, God or Brahman (ब्रह्मन् bráhman) is the one supreme, universal Spirit that is the origin of this universe. In that aspect God or Brahman is also referred to as the Absolute or Godhead which is the Divine Ground of all Creation.

It is due to the WILL of GOD that whole creation takes place out of "un-manifest aspect" of God. God in His un-manifest aspect just willed & hence the energies required to form this universe sprang out of "Brahman (ब्रह्मन् bráhman)". "Big Bang" was started with the Will of God & also guided by His Super Intelligence. By just God's willing, Material Energies came into being which in turn created this vast infinite Space & later on out of Space came out the Air, Fire, Water & Earth. Unless until we consider & have faith in God with all His powers & His super Intelligence, we cannot appreciate the reality & truth about "Big Bang".

As per Vedas, Brahman is of the nature of truth, knowledge and infinity. Brahman is the source and ground of all things.

Below are some verses from Bhagwat Gita which describe the Brahman (ब्रह्मन् bráhman):

So let's have faith in the God who is also called Brahman (ब्रह्मन् bráhman), who in essence is of the nature of truth, knowledge and infinity & who is the source and ground of all things. Unless we know that God who created this universe out of His will & guided by His Super Intelligence, we in truth cannot understand the truth about "Big Bang".