God Is Seated In Everyone's Heart 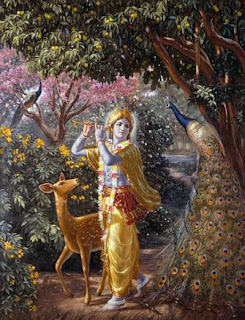 Below is a story which depicts how a devotee of God could not attain to immortality as he could not see the God present in all beings.

"Once there was a 'High Caste devotee' of God. He always used to practice the rituals as followed by high priests. He had no home & always used to wander in different villages & places. He was free of desire, lust, hatred, greed & used to live in a world of his own.

God became very happy with his devotion & asked him for a boon. 'High Caste devotee' told the God that he was desire less and he did not want anything, but God insisted for some boon to be granted to him as a reward of his devotion. At this 'High Caste devotee' asked for a boon that, whenever, he was in need of food & he felt hungry, food may be provided to him. God granted him that boon & disappeared.

One day, 'High Caste devotee' after wandering for a long distance felt hungry, but there was nothing available nearby. Then he remembered that the God had granted him a boon that he would find food at his desire. Suddenly, he saw a man dressed in torn & dirty rags, carrying food in a bag asked him, "Sir, would you like to have some food." Looking at the apparent dirty & impure condition of the man & being himself of High caste, he felt repelled at that man's condition. He politely refused "No, Thank you". The person carrying the food again approached him, but in utter disgust & in anger the 'High Caste devotee' told that person to go away and that he was not interested in his food. The person carrying the food disappeared. Seeing the sudden disappearance of that person, he realized that it must be God, who disguised Himself as that man dressed in torn & dirty rags and came to provide him food.

On his prayer now God again appeared before the 'High Caste devotee', smiled and told him, It was the "King of heaven" only who had come to fetch you food. In fact this food was not the ordinary food but was the divine one, Nectar Food. If he would have accepted & eaten it, he would have become immortal, but on one condition to test whether you could see the Divinity in all, whether you could see the divine being in that man dressed in torn & dirty rags.

That 'High Caste devotee' now understood how he had failed in the test. It was his Ego, which made him refuse the Nectar Food.

"Sri Krishna said: O Arjuna, I am seated in everyone’s heart, and from Me comes remembrance, knowledge and forgetfulness. By all the Vedas, I am to be known. Indeed, I am the compiler of Vedanta, and I am the knower of the Vedas."

"Sri Krishna said: O Arjuna, The Supreme God dwells/resides in the hearts of all beings, who are mounted on the automation of this body, causing them by His illusive power of material energy to revolve (according to their actions) and is directing the wanderings of all living entities."

So let's see God equally seated in everyone's heart. Let's not differentiate people between their body skin color, their language, nationality, status etc. & see the presence of God equally in all beings. Let's Love everyone equally.