You Should See the Divinity in All 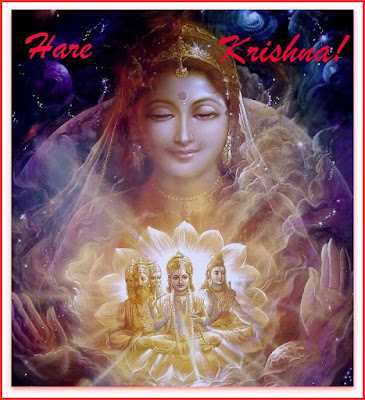 We all are having different bodies & each body is having a face of it's own. Such variety in nature creates the illusion that we all are different individual beings. But all that variety in nature is at the physical level & at the soul level there is only one indivisible, omnipresent soul that is present in all of us. Its the indestructible soul present in our bodies that makes it so lovable, otherwise no one can love this body of five nature elements. All attractions in the body are due to this divine soul only. Once this divine soul leaves this body, it is called the death of that body & all attractions, all love departs with that soul. This divine soul is nothing but a spark of the universal omnipresent soul, the Almighty God. All human beings are lovable due to the presence of this divine soul in our body.

Now all the religious texts & Bhagwat Gita also teaches us that we should love all beings equally as the God resides in everyone's heart & seeing the presence of that divinity present in all beings, we should not discriminate with any body & love everyone equally. Below verses of Bhagwat Gita explain that only:

"Sri Krishna said: O Arjuna, I am seated in everyone’s heart, and from Me comes remembrance, knowledge and forgetfulness. By all the Vedas, I am to be known. Indeed, I am the compiler of Vedanta, and I am the knower of the Vedas."

God again says in the Bhagwat Gita that He Himself resides in the heart of all human beings. Below verse explains that:

"Sri Krishna said: O Arjuna, The Supreme God dwells/resides in the hearts of all beings, who are mounted on the automation of this body, causing them by His illusive power of material energy to revolve (according to their actions) and is directing the wanderings of all living entities."

So it is certain that, God is there in your heart who is sitting silently over there in the "Antaryami" aspect, watching you & your actions. Same is the case that God is sitting in everyone's heart & watching over our actions. Now if a person is able to see that God is present in everyone's heart then he/she shall love every creature of this universe equally as he/she shall be adoring the lovable God only in every creature. Below verses of Bhagwat Gita explain that only how a person of true knowledge sees all equally.

Sri Krishna said: The humble sages, by virtue of true knowledge, see with equal vision, the God present in a learned and gentle Brahmin, a cow, an elephant, a dog and a dog-eater (outcaste) even.

"Sri Krishna said: Those whose minds are established in sameness and equanimity have already conquered the conditions of birth and death. They are flawless like Brahman, and thus they are already situated in Brahman."

Now here below is a beautiful story how a devotee of God could not drink the nectar & attain to immortality as he could not see the God present in all beings.

"Once there was a Brahmin who was a great devotee of Lord Krishna. He had no home & always used to wander in secluded areas. He was free of desire, lust, hatred, greed & used to live in a world of his own.

Lord Krishna became very happy with his devotion & asked him for a boon. Brahmin told Lord Krishna that he was desire less and he did not want anything, but Lord Krishna insisted for some boon to be granted to him as a reward of his devotion. At this Brahmin asked for a boon that ,whenever, he was in need of water & he felt thirsty, water may be provided to him. Lord Krishna granted him that boon & disappeared.

One day, Brahmin after walking for a long distance felt thirsty, but there was no trace of water. Then he remembered that the Lord Krishna had granted him a boon that he would find water at his desire. Suddenly, he saw a hunter dressed in torn rags accompanied by furious dogs, carrying water in a leather pouch and asked him, "Sir, would you like to have some water." Looking at the apparent impure condition of the hunter & being a staunch Brahmin (High caste), he felt repelled. He politely refused "No, Thank you". The hunter again approached him for the water, but in utter disgust & in anger the Brahmin told the hunter to go way and that he was not interested in the water. The hunter and the dogs disappeared. Witnessing this, he realized that it must be God, who disguised Himself and came to quench his thirst. He felt hurt how Lord Krishna could send water to him through an impure, Scheduled Caste person. How could Lord expect a Brahmin to accept and drink water from the impure leather bag?

Now Lord Krishna again appeared before the Brahmin, smiled and asked him 'Who was the hunter? Lord Krishna told the Brahmin that He had asked the Indra Devta (King of heaven) to fetch the water, who instead of water, had actually brought nectar to make you immortal, but on one condition to test whether you could see the Divinity in all. 'Hence I allowed him to do so'.

Brahmin understood how he had failed in the test. It was his Ego, which made him refuse the nectar, which came in the form of water and through Indra Devta.

So the moral of the story is that we should see the God/Divinity present in all beings & we should not discriminate with any body & love everyone equally."
Posted by Sancho at 5:13 PM