A Muslim, Christian & Hindu at the Doorstep of God 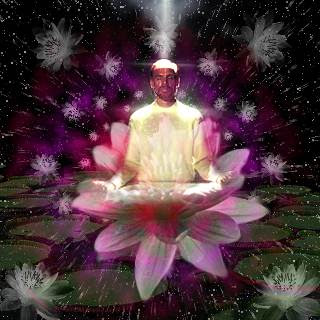 Once there were three men who were in the search of God. All three were very good friends. One of them was a Hindu, while another one was a Muslim and the third one was a Christian. Hindu used to go to the temple & used to worship his God by doing Puja, Mantra Jaap etc. daily. Similarly the Muslim also used to go to the Mosque & used to do his Namaaz daily, four times a day. Christian too was a very poise man & used to go to the church daily in the morning & evening. He never missed any day when he never prayed to God asking to forgive him if he has done anything wrong in his life.

Days, months & years passed by & these three friends followed continuously, this routine of theirs without fail. They were happy that they were daily praying to their God & living a very poise life. One day while they were discussing the religious matters, Hindu asked the others two, whether they have seen their God. To this they replied that though they are worshipping their God in their own way daily but all these are only prayers to their God & they have never seen their God. Same question Muslim & the Christian asked the Hindu to which he too gave the same answer that though he is worshipping his God with his rituals daily but all these are only age old rituals, prayers & Mantra Jaap etc. & he too has never seen the God.

After this discussion all the three decided that they should do something by which they are able to see the God. They had heard about a wise man who was a real seer & mystic & people used to say that he is the real learned man & he has seen the God. They went to that learned man & showed their respect to him & asked him to train them in his own way so that they were able to see the God just like he has seen.

All three became his disciples. The learned man told the three that doing daily worship to God is good but that can give a person just peace of mind. In this way a person cannot see the God. He told the three that God is just sitting in their heart & the doorstep to the way to God is just between their eyebrows & just above the nose. This is the doorstep of God & if a person meditates regularly while closing his eyes & fixing the mind at that point then they can see the light of God inside their self only.

The three started meditating at the point between their eyebrows daily & their meditation went on deep & strong day by day. One day they saw the divine light within their body. That light was so peaceful & full of bliss. Now they were able to talk daily to God while in meditation. So what the three could not achieve while doing daily rituals of their religions, they were easily able to achieve just by meditating & finding the God within their body only. In Bhagwat Gita also God clearly tells that:

The Lord / Supreme God resides in the heart of all beings....O Arjuna
Posted by Sancho at 6:33 PM