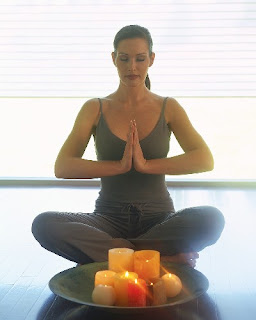 "Dil Hai Ki manta Nahin" was an Aamir Khan, Pooja Bhatt Starr Hindi bollywood movie but here I am not going to talk about that movie. Basically this post is about how our Dil (heart)/ Mind wanders after "Things of Desire" & is uncontrollable.

Below is a verse by a poet:

"There are thousands of desires of mine for different worldly objects & each desirous object is unique & beautiful, But Alas! neither of these desires could be fulfilled & my mind became sad & kept on weeping for these desires."

In life, we want to get every possible object of this world in our lifetime. But just see, have you got everything, whatever, your mind has thought of getting in life? As per me certainly not, as mind imagines to get everything in life but one does not get everything what is wished by the mind. It can be due to want of resources with you or to fulfill such desires are not just within your reach. So what do you do at that time? Compromise, yes, you adjust to this reality that such & such desires of yours cannot be achieved by you & you tell your mind just to forget about these desirous objects. Though you tell your mind that all these objects of desire are not within your reach but still, "Dil Hai Ki manta Nahin" & this mind still wanders about these objects & always want more & more.

In fact, nature of our mind is to crave for worldly pleasures of all kinds but constant hankering of mind about the "Things of Desire" & agony of not getting these makes the mind restless. It can cause psychological problems also & your mood may remain depressed due to this wandering nature of your mind. That's why in "Bhagwat Gita" Lord Krishna asks Arjuna to control his mind & let it not wander about worldly objects.


"Sri Krishna said: Thus knowing oneself to be transcendental to the material senses, mind and intelligence, O Arjuna, one should steady the mind by deliberate spiritual intelligence and thus—by spiritual strength—conquer the desires which is the insatiable enemy."

So if you want to have peace of mind in life, you need to control your mind & let it not hanker always after desirous objects. Best way to control your mind is to divert your mind's attention towards God or Spiritual practices like listening to devotional songs (Bhazans), reading spiritual literature, chanting religious mantras, doing Yoga etc. It is a certainty that mind finds peace in Godly practices.