How to Motivate Yourself in depressed situations - Bhagwad Gita Perspective 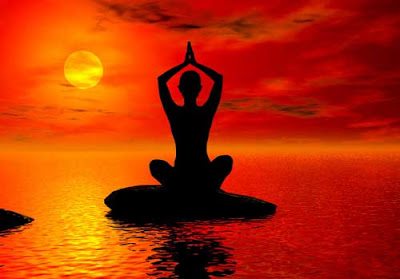 In our day to day life, whether you are working for an organization or are doing your own business or are responsible for your household work, the most common thing many times is that you get depressed while doing your work. Depressed employees in any organization is a common sight. Dejected employees, depressed employees, unmotivated employees, desolate employees, morose looking employees are very harmful to any organization as they not only decrease the productivity but they also create an atmosphere in which other colleagues may also feel de-motivated & dejected. Similarly if you run your own business & remain depressed while doing your work, certainly you shall not achieve that much in your business if you would have been highly motivated & energetic.

Now, De-motivation, Depression, Dejection, Desolation all these D-words relates to your mind or relate to your mental position. It's only your MIND that gets depressed, dejected. You may be physically fit with blood oozing in your nerves, but if you are not well with your MIND then you are certainly not going to perform to your full potential. Mental health is where the key to success lies. If you are mentally supercharged then you can achieve any milestone in spite of having any physical inadequacy.

Now, how to get out of this Depression, De-motivation & how to increase the productivity at work is where the great teachings of "Bhagwat Gita" come into play. Now for those who do not know about "Bhagwat Gita".

"Bhagwat Gita" is an ancient religious book of the "Hindus" & in this book are great philosophies of Hinduism. These philosophies teach you all about, how you should do your duty, how you should lead your life etc. This "Bhagwat Gita" teachings were given by "Lord Sri Krishna", God Himself, to his disciple "Arjuna" on the battle field of Kurukshetra in Haryana state of India in ancient times. "Arjuna" was involved in a war against his enemies (some of them his own relatives too) but he refused to do his duty of fighting a righteous battle as he got infatuated & started thinking of his enemies as his own near & dear ones. He told his master "Lord Sri Krishna" that he is going away from the war & do not want to fight on the battle field. Arjuna's mental health became weak & he got deeply depressed. To overcome his disciple Arjuna's depression & to motivate him to fight a righteous war, "Lord Sri Krishna" gave the great teachings of "Bhagwat Gita" to his disciple "Arjuna". After listening to all these great teachings, Arjuna's mental health became well & he became motivated & energetic to fight the war.

Now many of us & many of our employees in our organization find themselves in the same state of mind, as that of "Arjuna". Their de-motivated, depressed state of mind can be changed to motivated & energetic one by these teachings of "Bhagwat Gita". Through these teachings, mental equilibrium of any depressed person can be overcome & he can come out of any crisis situation. The teachings of "Bhagwat Gita" can simply transform a person.

Now Bhagwat Gita teaches about "Mind Control". Mind is that makes the personality of a person. De-motivated mind makes a person depressed one & a motivated one makes a person cheerful. If one's mind is in one's control & he/she can concentrate deeply on one's work, then that person can do wonders at work. Mind is very powerful one & to control it, to keep it in one's control is very difficult. It just wanders like wind here & there & it takes enough of self discipline & practice of meditation to control it, to get it concentrated on any job or activity. As per "Arjuna" to "Lord Sri Krishna" in Chapter Six verse 34:

"Lord Sri Krishna said: O mighty-armed Arjuna, it is undoubtedly that mind is very difficult to curb & is restless, but it is possible by suitable practices of meditation and by detachment."

"Lord Sri Krishna said: For one whose mind is unbridled, uncontrolled, self-realization is a difficult work. But he whose mind is controlled and who strives by appropriate means is assured of success. That is My opinion."

So in the Bhagwat Gita, "Lord Sri Krishna" first of all asks one to do his DUTY. If a person does his/her duty then half of the problems of that person are solved. Not doing one's duty is very harmful as it produces negative results only in one's life, like frustration, depression, de-motivation etc. If one does at least his/her duty, then such negative factors affect that person to a lesser degree or do not affect at all. As per "Lord Sri Krishna", doing one’s prescribed duties, even though faultily is better to have a better Mental Health.

Another teaching of "Bhagwat Gita" is to do one's work for the sake of work only without caring for the fruit arising out of that work. That simply means to get deeply involved in one's work or to just think single mindedly about performing the best in one's job without thinking about the results arising out of those actions performed while doing one's work or duty. Just concentrate on your work, that's it. Below verse of "Bhagwat Gita" explains this.

So if a person is dedicated to his work & works for the sake of work only without any fear of success or failure, then that person is going to be certainly successful in his/her carrier. By doing meditation & other yoga techniques, one can control one's mind & a disciplined mind can be made to concentrate on one's job better, producing better results. So by following the teachings of "Bhagwat Gita" one is certainly going to excel in his/her job & in life.