Have Firm Faith in God without any Doubt 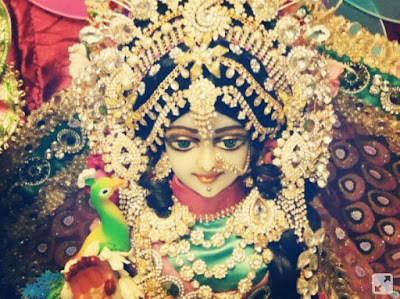 Once there were four disciples of a spiritual Guru. Three of the disciples always used to spend all of their time in debating and talking about the existence of God & all types of intellectual pursuits. Fourth one was a simple man who had great faith in God & always used to sweep the floors of the temple. At the end, this simple man got enlightenment first. At this the intellectual disciples asked their Guru how come the simple man got enlightenment first. At that their Guru responded, "When he was sweeping the temple floor, he was also sweeping the corners of his mind of all doubts". His firm faith in God without any doubt is the reason that he is able to attain to enlightenment first.

Doubt is a feeling of uncertainty about the truth, reality or distrust of anything. In spiritualism doubt is just opposite of the Faith. Faith in God as the Supreme reality is the essence of any religion.

If you have doubt in the existence of God & do not consider Him the all powerful one, who has created this universe & it's creation, then you are not the Faithful one. In one's life, Faith in God gives us a direction in understanding this universe & it's people, while doubt creates uncertainty, distrust & disbelief in life.

If you do not have faith in God then you cannot believe in the words of God. Such doubting person cannot find peace in life & cannot attain to Divine consciousness. Doubting soul finds happiness neither in this world nor in the next, while the faithful one's attain peace & reach to God easily. Below verse of Bhagwat Gita explains that only.

"Sri Krishna said: But ignorant and faithless human beings who doubt the revealed scriptures do not attain God consciousness; they fall down. For the doubting soul there is happiness neither in this world nor in the next."