How Long it takes for Self Realization 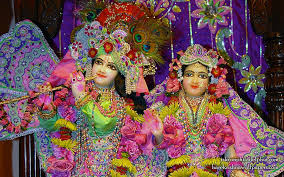 Here below a a story in which a man asked Gautama Buddha the same thing:


A young man went to Gautama Buddha and sought the Master’s guidance to achieve Enlightenment, The conversation went as follows:

Young Man: Master how long will it take for me to achieve enlightenment?

Young Man: If I put in ten hours of meditation every day how long will it take?

Young Man: What if I put in fifteen hours meditation?

Young Man; [getting irritated] What if I meditate for twenty hours?

The young man was almost infuriated.

Young Man: I cannot understand your logic—the more effort I put in, the more time it will take—this is ridiculous, Please explain.

Gautama Buddha: As long as you are fixated and obsessed about your goal you will not achieve it. Just do spiritual practice without one eye on the goal. Let events take their shape.

Recently Nobel Laureate V. Ramakrishnan, an Indian American said in an TV interview that he embarked on his research not out of a desire to win laurels but out of curiosity to solve a scientific problem. He was not working with one eye on the Nobel Prize.

So ‘’It does not matter what you do in life. Let you aspire to be the very best in terms of excellence in whatever you do."

In other words EXCELLENCE ought to be our ideal and everything else ought to be a side effect.

Bhagwat Gita also teaches us to do work in this way. Doing work in such a way, is called "Nishkama Karma". "Nishkama Karma" just means, no egoism in our action, no expectation of any gain or reward but doing your work effectively. It is also that : “You have a right to action but never to the fruits of action.” Below verses of Bhagwat Gita Explains that only.

"Sri Krishna said to Arjuna: You have a right to perform your prescribed duty, but you are not entitled to the fruits of action. Never consider yourself the cause of the results of your activities, and never be attached to not doing your duty."

"Sri Krishna said to Arjuna: Perform your duty with an equipoise mind, abandoning all attachment to success or failure. Such equanimity is called Yoga."

So just do your work with your 100% involvement & dedication & derive pleasure out of doing such work. You yourself shall then see that when you care for the work only & not it's final outcome, you work most effectively. Doing work in such a way is only called "Karma Yoga".

Jai Shri Krishna
Posted by Sancho at 11:49 AM