Jiva (जीव) Moves From One Body to Other 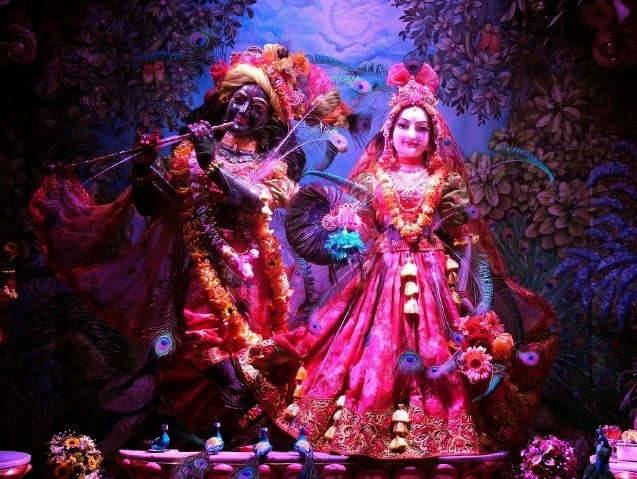 In Hinduism Jiva or (जीव, jeev, jiwa, jeeva) is the immortal essence (individual soul) of a living organism (human, animal, fish or plant etc.) which survives physical death. It is somewhat similar to atma, but whereas atma refers to "the cosmic self", “Jiva” is used to denote an individual 'living entity' or 'living being' specifically. The terms Paramatma and jivatma are used to avoid this confusion. Jivás, originates from the Sanskrit word with the root jīv- which means “to breathe”. So a soul in a body which breathes is called a “Jiva”.

As per the "Bhagwat Gita", at the death of a person this "Jiva (जीव) takes aways all the human senses, its past, present sensory experiences & all the past, present memories with it. It is so subtle that due to its "Immaterial" nature it can travel at the speed of Light & can travel from one planet to another. So due to all the Karmic law as destined by God, it goes from one body to another in the different worlds. So the "Jiva (जीव)" moves from one body to another & one world to another world in "Time & Space", so that's why, It is also called "A Cosmic Traveller"

Below are some verses of "Bhagwat Gita", which clearly tells that there are so many Material Worlds in which a Jiva (जीव) which is a spark of the all pervading Cosmic Consciousness, travels from one place to another after taking repeated births. These are those people who have not yet known the God, hence they take repeated births.

"Sri Krishna said: O Arjuna, The living entity (Jiva (जीव)) in the material world carries his different conceptions of life from one body to another as the air carries aromas. Thus he takes one kind of body and again quits it to take another."

"Sri Krishna said: O Arjuna, The living entity (Jiva (जीव)), thus taking another gross body, obtains a certain type of ear, eye, tongue, nose and sense of touch, which are grouped about the mind. He thus enjoys a particular set of sense objects."

"Sri Krishna said: O Arjuna, The foolish cannot understand how a living entity (Jiva (जीव)) can quit his body, nor can they understand what sort of body he enjoys under the spell of the modes of nature. But one whose eyes are trained in knowledge can see all this."

"Sri Krishna said: O Arjuna, "When one, Jiva (जीव) dies after doing Great & Good Karmas & established in the mode of goodness, he attains to the pure higher planets of the great sages."

"Sri Krishna said: O Arjuna, "From the highest planet of Brahm Loka in the material world down to the lowest world, all are places of misery wherein a person comes in repeated birth and death from time to .time. But one who attains to to Me (God), O son of Kunti, never takes birth again."

Lord Sri Krishna is the Supreme Lord & just like the sun is eternally associated with his rays so the transcendental God Sri Krishna is eternally joined with the “Jivas”. The jivas are the infinitesimally small particles of His spiritual effulgence and are, therefore, not perishable like mundane things. “Jivas”, being part of Divine Lord’s effulgent rays, exhibit on a minute scale the divine qualities of God. So “Jivas” are identical with the qualities of Lord only.

Though Lord Krishna is the all powerful, all-pervading, all-extending Supreme Lord; but Jivas are confined to bodies only. When a Jiva meditates through devotion & merges with the Lord then only he attains to the Lord’s all powerful, all pervasive sublime nature.