Why Worship of a Deity is Necessary? 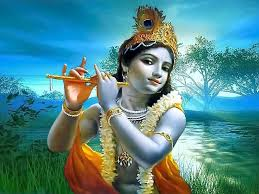 In Hinduism, one sect worships the God as subtle, formless, un-visible, unmanifest, nirankar & the one God who cannot take any shape. In fact Sikhism also talks of the same formless, unmanifest God. Bhagwat Gita also tells us that God is present in all creation as Supersoul who is formless, un-visible with naked eyes & unmanifest in nature. But how can a person concentrate on God who cannot be seen, who is formless but is present all around us & in all the creation? So to concentrate our mind on God we need to worship Sakaar God, the God who takes a Form & incarnates in different forms. As we need to concentrate our mind on something during our prayers, worship, so that is why it is necessary to have a Deity, a form of God on which we can concentrate our mind.

Jai Sri Krishna
Posted by Sancho at 10:13 AM