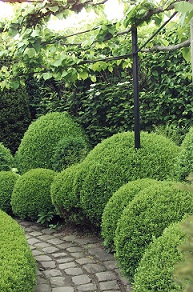 “Once a rich man employed a new servant in his house. Servant’s duties included everything of the house, as well as, gardening of the beautiful lawns, trees etc. in the house. On the first day, in the early morning in the house, owner asked the servant to do watering of all the plants in the garden. Poor servant had never done jobs in gardening, so he took a long plastic tube & started putting water on the leaves of all the trees in the garden. He went on putting water on each & every leaf of each tree & doing so the water tank in the house got empty.

Seeing no water coming in the taps of the house, the owner of the house enquired about, what was the matter. Suddenly owner realized that new servant has wasted all water in the garden. He immediately came to the garden & enquired from the servant, “why he was putting water on the leaves of each plant?” The ignorant servant said that he was obeying his master’s instructions only to water the plant. The owner got angry & told him that he has asked him to water the roots of each plant & not to put water on each & every leaf of each plant. The poor servant did not knew that by putting water in the roots only, each branch, each leaf of the tree is nourished & not by putting water on the leaves of the plant!!!!!!"

In our understanding of God, we also do such mistakes that we start watering the leaves instead of the roots. God is one supreme & that God has created all this creation of humans, demigods etc. In this world, there are many demigods but we should worship the One who has created all these demigods. We should know that “One Supreme God” & worship Him. That One God is the root of this world tree. If we shall worship the root cause of this world, we shall automatically worship all other demigods.”

In Bhagwat Gita Lord Krishna tells us, how by worshipping the One Supreme God, one can worship all other demigods.

"Sri Krishna says to Arjuna: I am in everyone’s heart as the Super soul. As soon as one desires to worship some demigod, I make his faith steady so that he can devote himself to that particular demigod (deity)."

"Sri Krishna says to Arjuna: Endowed with such a faith, he endeavors to worship a particular demigod and obtains his desires. But in actuality these benefits are bestowed by Me alone."

"Sri Krishna says to Arjuna: "Abandon all other supports and look to me for protection. I shall purify you from the sins of the past; you do not grieve."

"Sri Krishna says to Arjuna: Those who follow this imperishable path of devotional service of Me and who completely engage themselves with faith, making Me the supreme goal, are very, very dear to Me."