God Gives Meaning To Everything 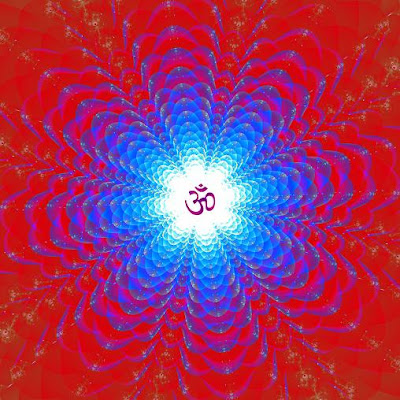 Faith in God can change one's thinking & perspective to view this world. Everyone views this world differently as per their experiences & understanding of this world. There are two type of people in this world. First one are atheists & these people do not believe in any supernatural force called God as they have no faith in the super powers of any force called God. Second one are devotees of God who have full faith in supernatural powers of God. For them faith in some higher power makes them understand this world better. Below is simple arithmetic which shall make this difference clear between the thinking of an atheist & a devotee.

If you have "one," and you go on adding zeros in front of it, like this: 0 + 0 + 0 + 0001, does it become more than one? Does it add value to it? It does not. But if you put the "one" first and then add zeros after it: 1 + 0 + 0 + 0, the number goes on expanding to infinity. In the same way, the atheist lives in a world on his own & for him world is like the first "0 + 0 + 0001" ; there is something there, and he keeps on adding "things", but he doesn't get much. For him the world revolves around him only, for him his body, his social circle, his money, relatives etc. are prime but these things & people go away from him at the time of death. As his thinking is limited & he is not having faith in God so he is left alone. He is also not protected by God in this life & after life.

On the other hand, for a devotee God is like the second "1 + 0 + 0 + 0" & he puts God first in life before anything and in this way his thinking goes on expanding to infinity. By having such devotion, he is able to understand the mystery of this universe & God better. As everything in this world has originated from that single source called God so to keep Him prime & then adding things to it makes everything valuable.


God is actually the "Formless Brahman" (God in un-manifest aspect) & is all alone before creation. Then out of His will He creates this universe & things go on adding to Him just like 1 + 0 + 0 + 0 & infinite universe is born out of Him. When God did this creation out of His un-manifest aspect, then this manifest infinite universe came into being. God in his manifest aspect is called 'Ananta' or Infinity. Initially God was one & to multiply himself into many he created this universe; that is why it only takes 'Zeroes' to be added to '1' to get it manifested in hundreds of thousands forms.

Below are few verses of Bhagwat Gita explaining that un-manifest aspect of God:

"Sri Krishna said: All created beings have their source in these two natures. I am the source of all creation & into Me again it dissolves.

"Sri Krishna said: O Arjuna, there is nothing else besides Me. Like clusters of yarn-beads formed by knots on a thread, all this world is threaded on me.

"Sri Krishna said: O Arjuna, know that I am the original seed of all existences, the intelligence of the intelligent, and the prowess of all powerful men."

So let's have faith in God. Let God come first always before any other thing in our life. As God is present everywhere & controls everything, so in this world everything has meaning because of God only. Let's all pray to that supreme, divine, all powerful God only.